In the past, fireplaces served a pragmatic purpose as a source of heat and a place for cooking. By the mid-20th century fireplaces were no longer needed for either, so in some cases houses were built without them. In other cases, they were used as a place to gather around for ambiance. Minto’s mid-century houses have several different examples of how the fireplace was used as a focal point in home designs. 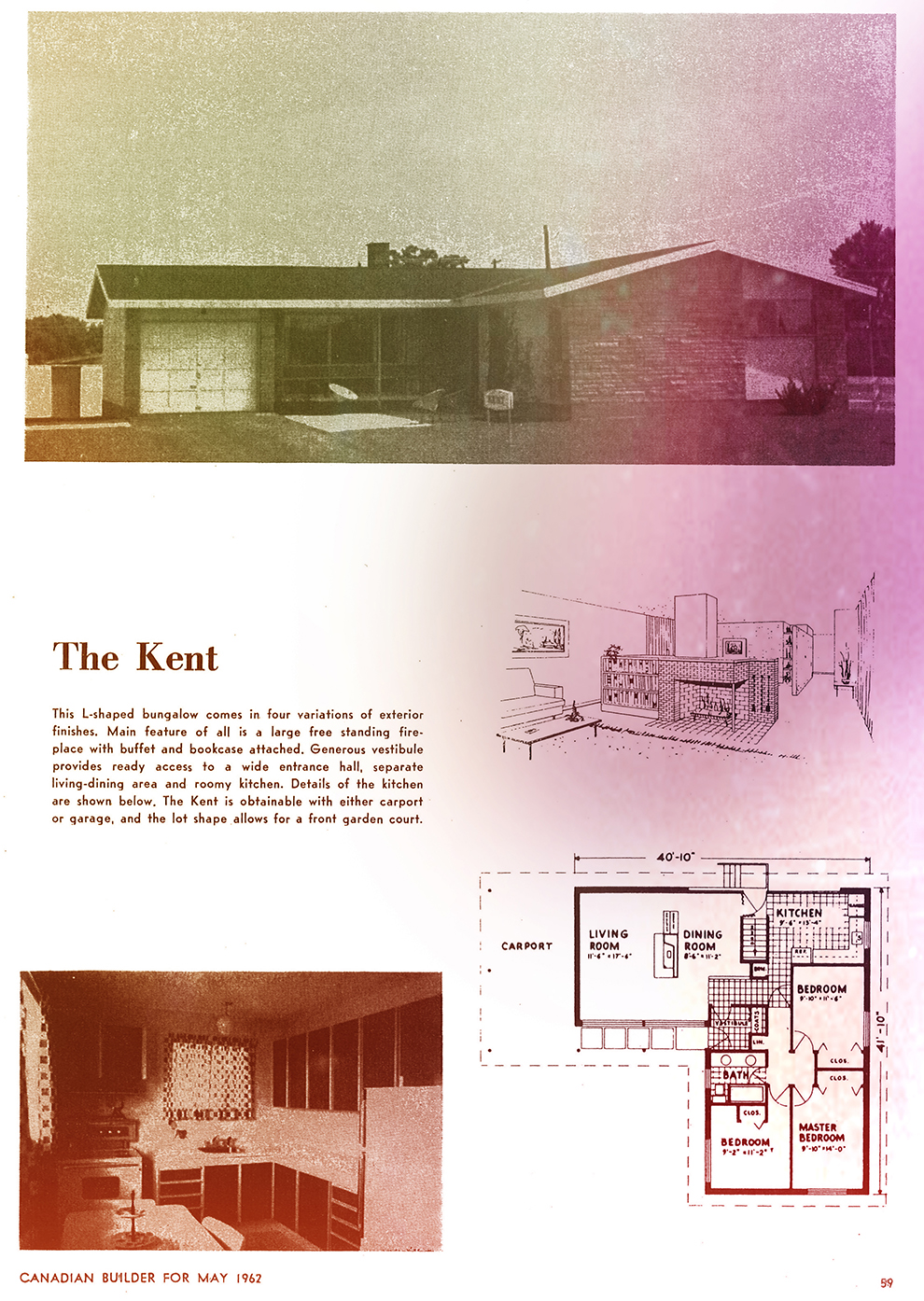 Both Minto’s 1959 lineup in Parkway Park and plans from 1960 in Hawthorne Meadows did not have fireplaces, but they soon started to make an appearance in other neighbourhoods. While not every plan in Parkwood Hills had a fireplace, it is front and centre in the Windsor design. Located between the living room and dining room, the free-standing brick fireplace is open at the corner and acts like a sculptural piece at the core of the house. A similar design, the Kingsley, was built in Crystal Beach, but the fireplace is clad in stone on the bottom and wood panelling above. Likewise, the Kent variation of the plan has a built-in furniture piece attached to the fireplace with a bookcase on the living room side and a buffet on the dining room side. 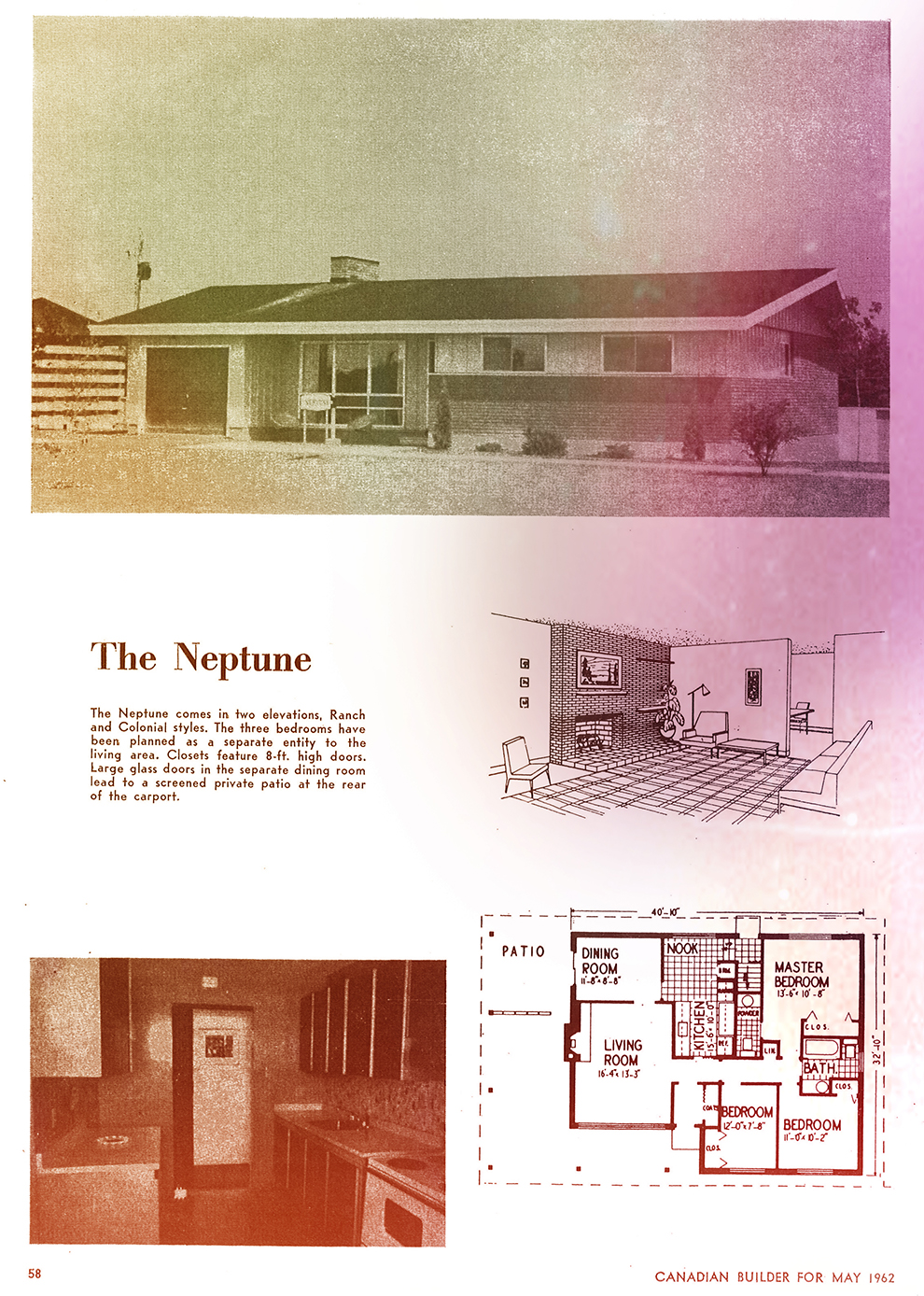 Mid-century fireplaces were often dressed up and part of a larger composition. In Crystal Beach, the Stirling has a stone fireplace in the living room that was built with walnut bookcases on either side. The Neptune design in the same area was built with a fireplace that had a Mettowee slate hearth and a floor-to-ceiling brick wall that extended out to one side of the asymmetrical composition. A variation of the Neptune, the award-winning Alpine design places the fireplace chimney on the front of the house, making a punctuation on the façade. Inside, the living room has a vaulted ceiling and the stone or brick fireplace (depending on the exterior design) extends up the entire height. 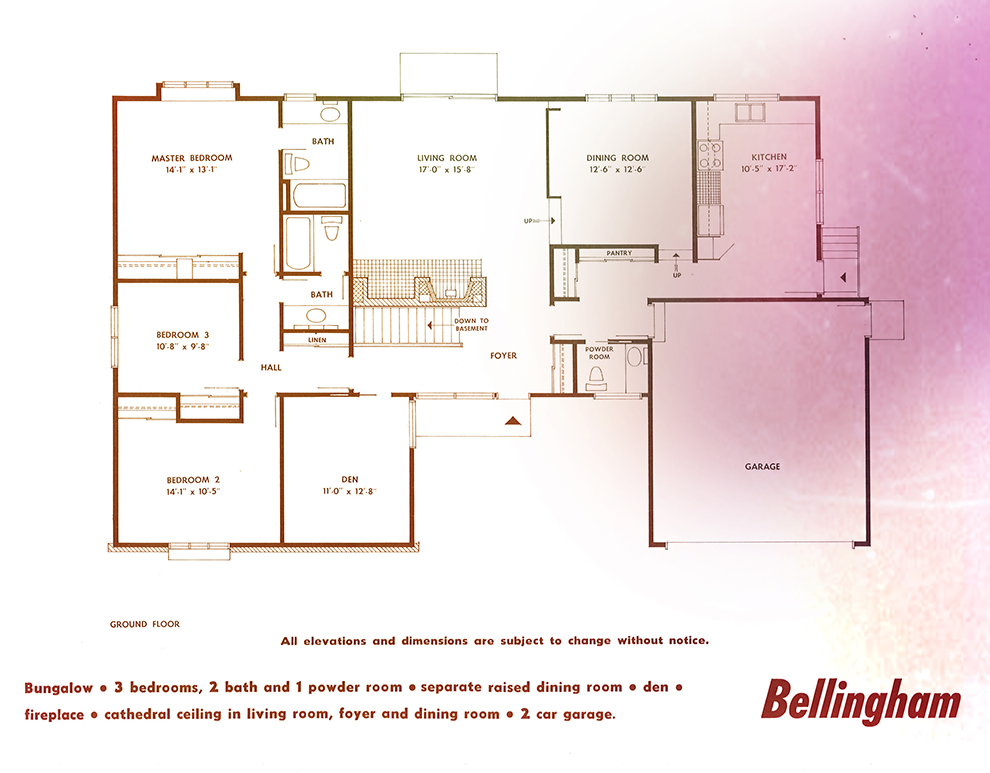 Built at the end of the 1960s, the Bellingham plan uses a fireplace as a divider between the front hall and the living room. The chimney above the fireplace creates a solid column, but extending out to the side is a brick wood-storage box that is open to above, providing a peek-a-boo view of the front hall. This fireplace layout with an attached wood box to one side was used as a room divider on many of Minto’s larger house designs at the time. They were either clad in brick or stone, frequently with wood accents. 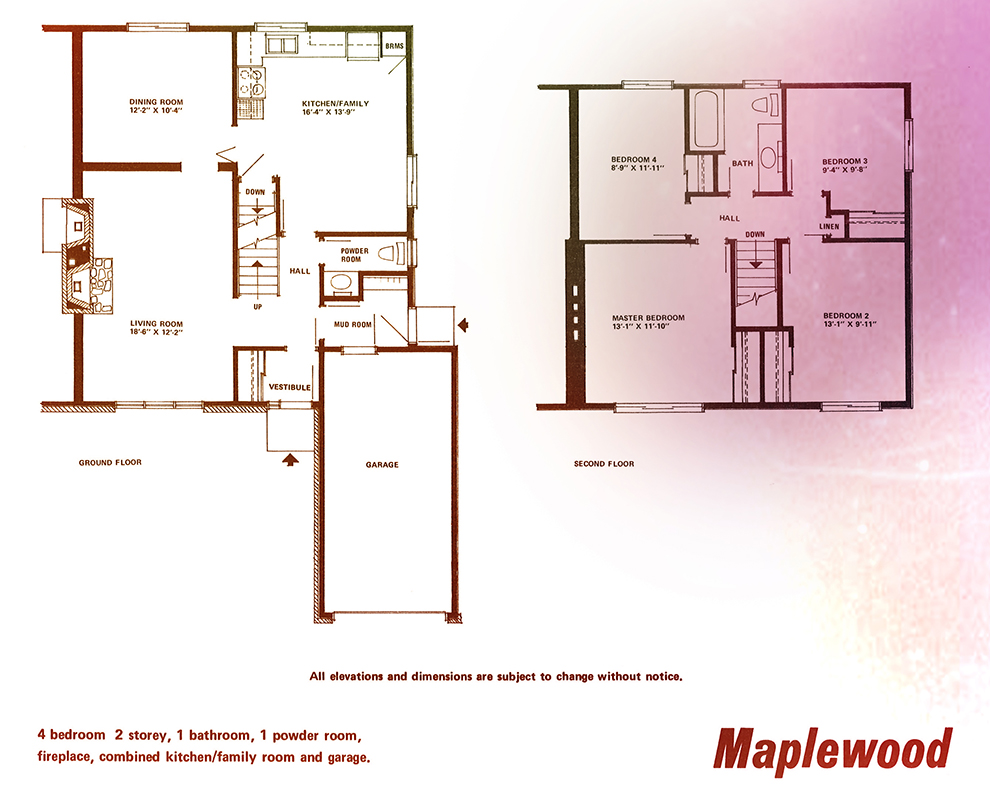 Many of Minto’s semi-detached designs from the 1960s take a novel approach to the design of their fireplaces. By locating them on the wall between each house, space is needed for the depth of the firebox, so each fireplace back actually protrudes into the adjacent unit. The fireplaces are placed in such a way that staggers them in each respective home, with the brick wall from the back of the neighbouring house’s fireplace extending out to one side.

Today, fireplaces continue to be a focal point in home designs. Thanks to new technology, gas and electric versions can be located just about anywhere, and full chimneys are not required. As such, the modern fireplace shines as a statement feature (and an additional source of heat) in living rooms with designer ceramic and stone frames.