During the first half of the 20th century, semi-detached houses were typically straightforward and boxy in design. But, by the 1960s, Minto embraced a new modern era with a series of inventive and notably large semi-detached homes. Some of the more avant-garde designs can be found in Parkwood Hills, featuring sleek mid-century modern façades characterized by exceptionally large picture windows, decorative brickwork, and a mixture of materials. 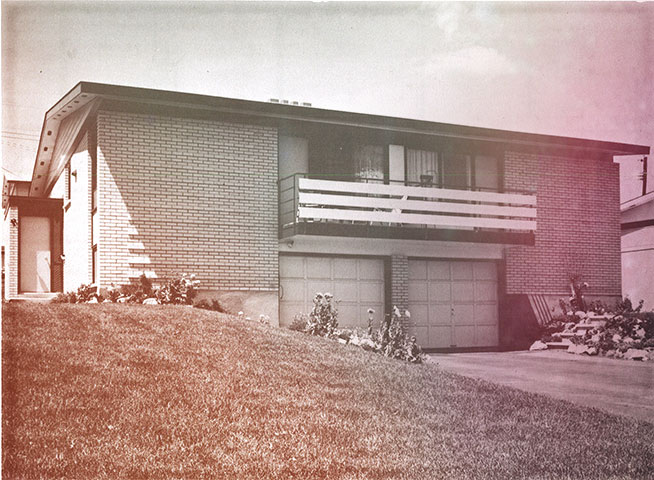 One such modern design is the Birchwood model with its flat roof and enormous floor-to-ceiling window. Of note is the large living room at the front of the house, as well as a main floor family room, which was somewhat of a rarity at the time. Plus, there is a storage room behind the garage that is even larger than the dining room! Upstairs, the house has four large bedrooms and a bathroom with two sinks. 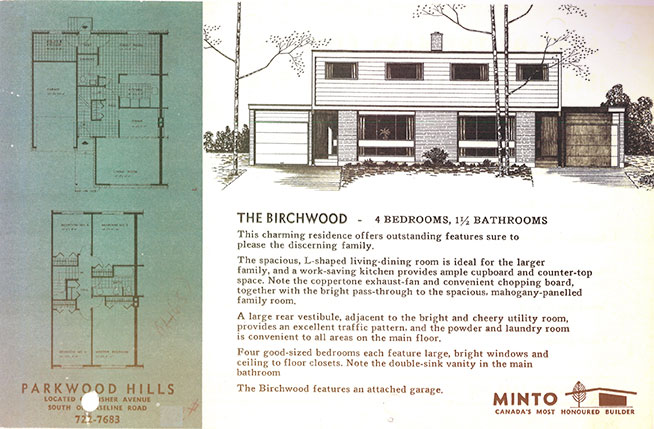 Also ahead of its time with an open concept plan was the Westwood. This home had a dining/family room at the back of the house with a beamed ceiling flowing into the open kitchen. Open kitchens were not common at the time, so it is noteworthy that they were found in more than one of Minto's semi-detached plans from the 60s. 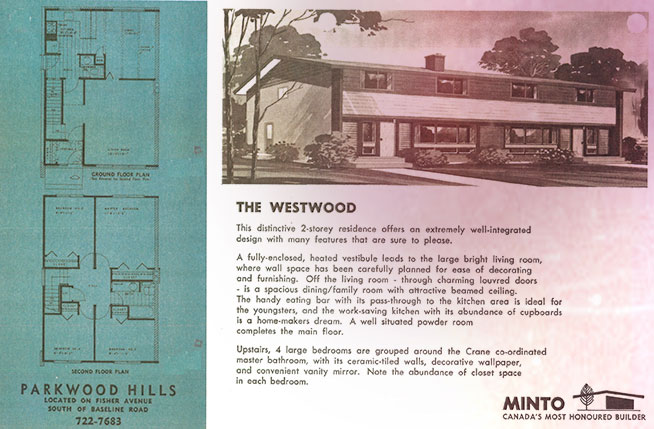 Semi-detached bungalows were extremely rare until the 1950s and 1960s. Once they became more common, Minto's designers came up with many designs to fit different lot sizes. Some had walkout basements and others built into a hillside with a garage tucked under the main floor at the front of the house. One such plan was the Briarwood, a mid-century modern design with decorative brick walls and a front balcony over the garage that accentuated the horizontal lines of the house. The entry is located halfway between the lower level and the main level, and two bedrooms are located on each floor at the back with the living spaces at in the front. Numerous variations of this design were adapted well into the 1970s for both sloping and flat sites. 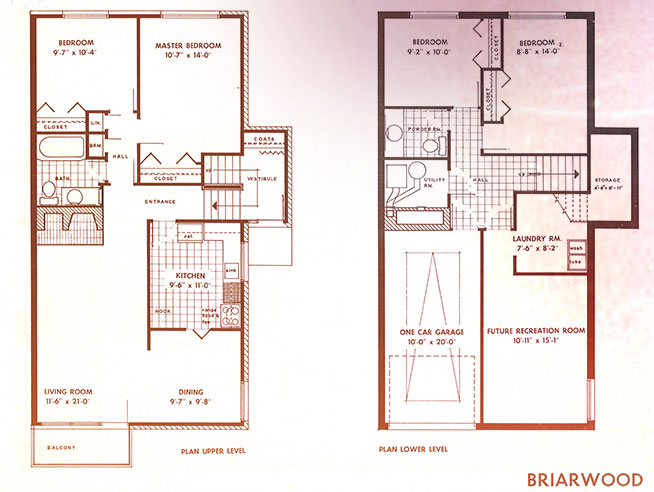 Another bungalow, the Cedarwood, built for a flat site, had a sprawling footprint larger than many detached houses of the time. In addition to a separate dining room, it had both a spacious living room and main level mahogany-panelled family room with a vaulted, beamed ceiling open to the kitchen. Having a family room at the back of the house was a great design solution as many semi-detached bungalows had the bedrooms at the back and sometimes no rear door to the yard. Three bedrooms, two bathrooms, and laundry were also located on the main floor. 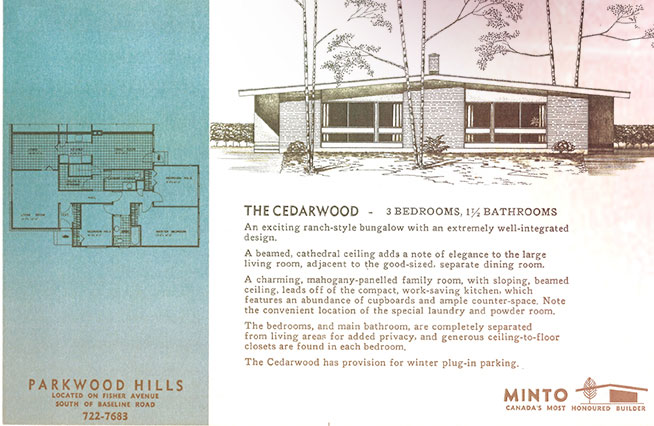 Minto continued to build a wide variety of styles of semi-detached houses well into the 1970s. See how much Minto grew from the 1960s to the 70s in our interactive timeline Minto Through The Years.