Looking at Minto’s plans as far back as the 1960s and comparing them to those built in more recent years, it’s clear that detached homes in Ottawa have gradually grown to accommodate features that contemporary home buyers desire. The average home has doubled in size. Economic ups and downs, as well as interest rates, have also impacted the average square footage of homes through time.

So why have detached homes grown so much? One reason is that room sizes increased, especially kitchens and bedrooms. The other reason is the addition of more rooms. In particular, main floor family rooms and eating areas off the kitchen have become more common — instead of an eat-in kitchen with a corner for a table. Upstairs, master bedrooms became suites with walk-in closets and large ensuites. Open loft spaces and laundry rooms on the second floor also added to the size of many modern homes.

Curiously, Minto did not publish the size of homes up until the very late 1980s, sometimes making it hard to track. That said, the 1969 award-winning Bayview/Chatham bungalow plan is 1,183 square feet, and this was up in size from the 1964 award-winning Minto bungalow that was 1,038 square feet. Their largest of the award-winning designs from the late 1960s and early 1970s included the 1,890-square foot Bellingham bungalow, the split-level Devon at 2,220 square feet, and the 2-storey Dorset with 2,320 square feet. Comparatively, during the mid-to-late 1970s and early 1980s Minto’s homes were typically under 2,000 square feet, but mortgage rates also had double digits impacting housing affordability. 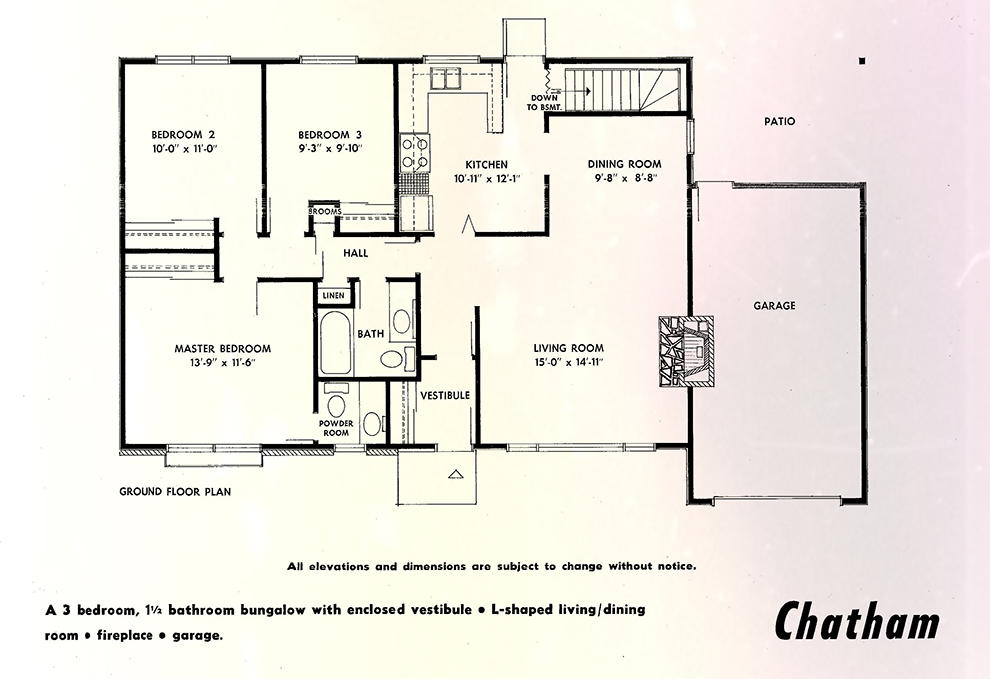 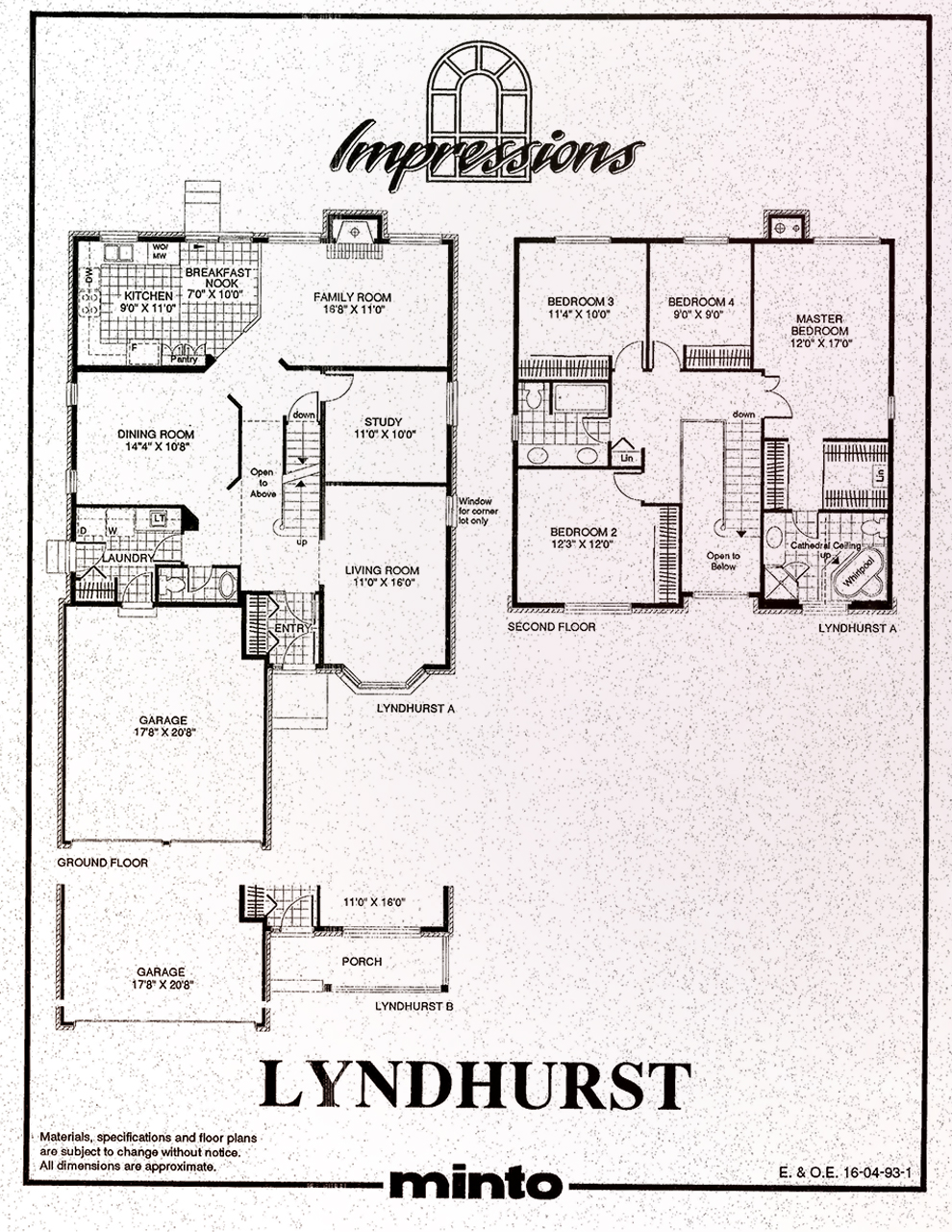 The 1980s has been referred to as the decade of indulgence, and at that time home sizes started to balloon in size. For example, the Optima Classics collection of two-storey designs has the largest sized homes that Minto ever released up to that time. The smallest plan is 1,950 square feet, almost double the size of Minto’s smallest 1960s-era plans. The largest design is 3,988 square feet, close to four-times as large as many of Minto’s designs from 20 years earlier. In the mid-1990s, the Impressions portfolio of designs started at 2,281 square feet, and went up to 3,768 square feet. At 2,371 square feet, the Lyndhurst is one of the smallest plans from the collection but has 4 bedrooms and even a main floor study. Small detached homes were still built at the time, but very few were under 1,400 square feet. It was not until the economic crisis in the late 2000s that smaller detached designs re-appeared. 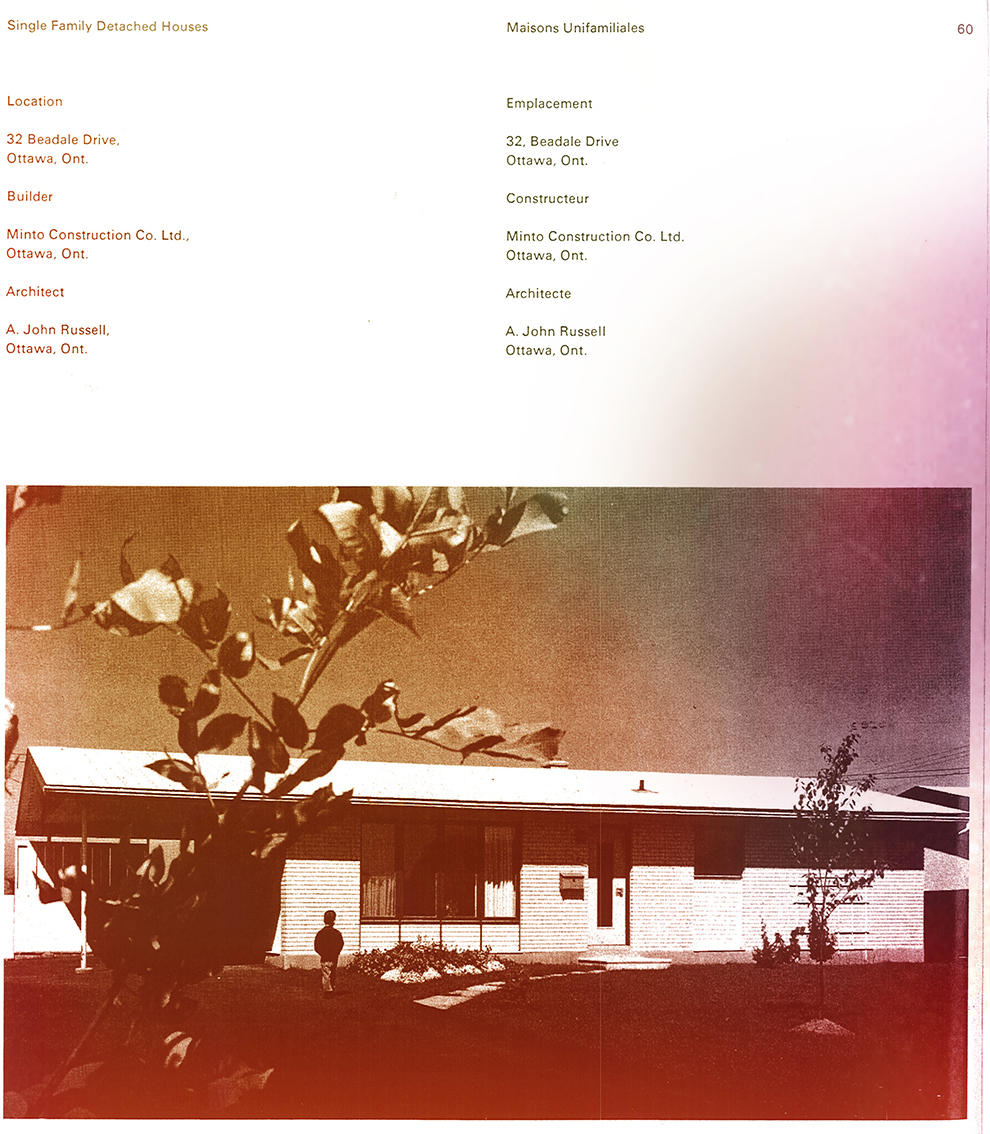 By the 21st century there was another change in Minto’s new neighbourhoods, namely that a wide variety of home sizes, often with a wide range of lot widths, were all built on any given street. This differs from the past where certain streets were earmarked for one particular size of home. Today, Minto offers a wide range of detached homes in all sizes, from smaller homes at 1,436 square feet up, to large 3,735 square foot homes.