In some places they are called raised bungalows, but in Ottawa they are known as high-ranches. Both names aptly describe this type of home that is a bungalow, or ranch, raised with the basement level halfway above ground. The higher level of the basement means it can have larger windows, allowing for some of the bedrooms to be located there instead of on the main floor. Thus, homes can be built with a smaller footprint. Raising the house necessitates a half-flight of stairs to get to the main level and it is common with high ranch plans to have the entry located halfway between the two levels. For practicality, especially in the winter, there are few exterior stairs since they are located inside.

High ranch designs were infrequently built in earlier years, but became popular in Ottawa during the 1970s. During that time, in Queenswood Heights in Orleans, Minto built a series of high ranch designs that were twinned with the adjacent home attached by carports. Although these were not sprawling, like the ranch house name may suggest, they were made to look visually wider with low pitched roofs and the horizontal lines of the attached carports. 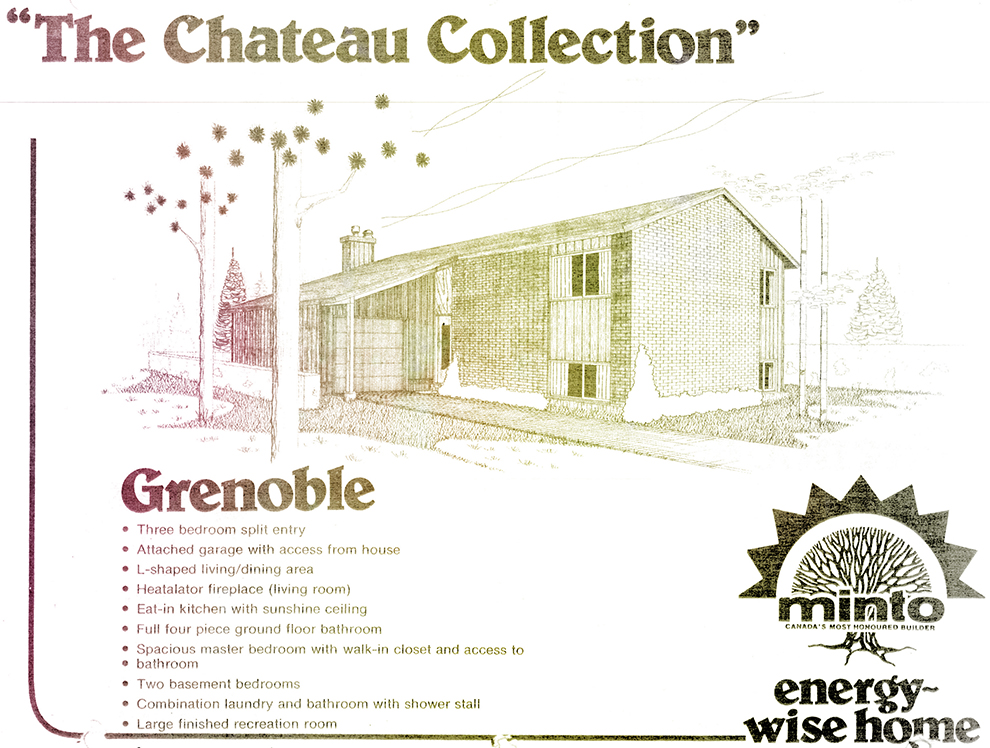 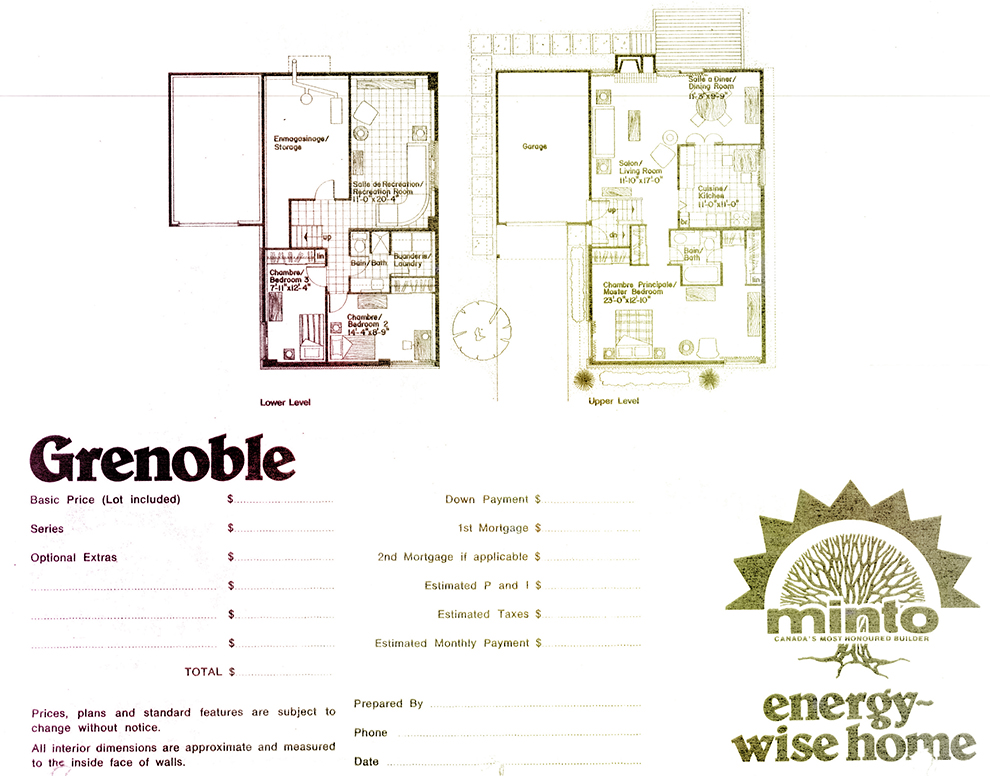 Many of Minto’s smaller high ranch designs have the master bedroom on the main floor and the remainder of the bedrooms in the basement. An example of this type of design is the Grenoble, a rare plan built in Barrhaven that has a very large master bedroom on the main floor at 23 feet long and is the largest room in the house. Combined with the bathroom and closets, it takes up nearly half of the main floor. Another full bathroom, two bedrooms as well as a recreation room are in the basement. As is typical in high-ranches, the bathrooms are located one above the other affording cost savings in terms of plumbing infrastructure. 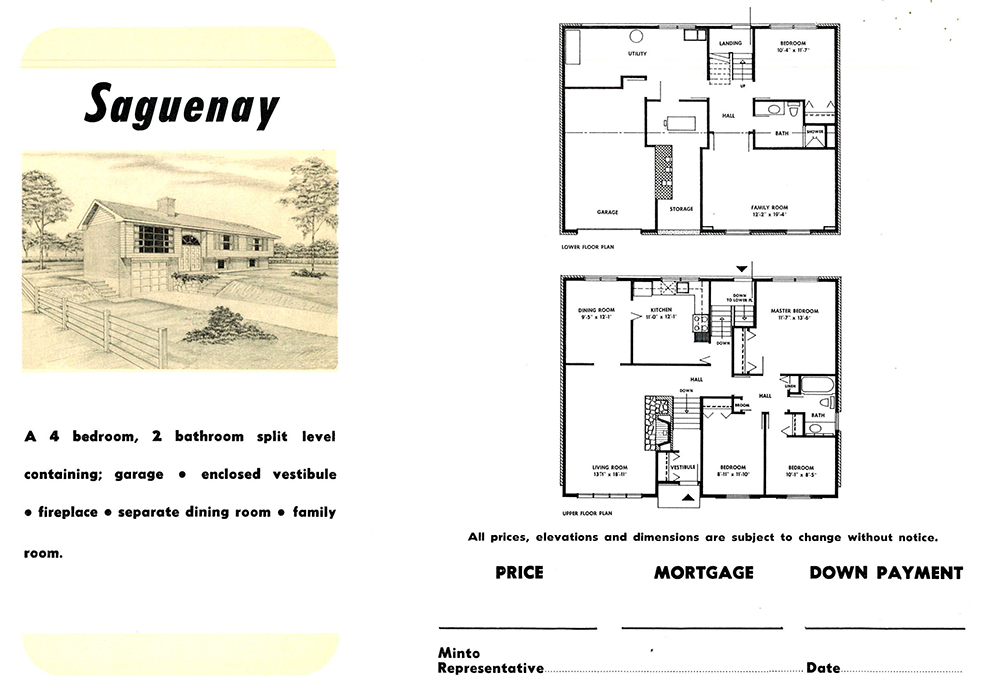 The Saguenay/Seville is an example of a high-ranch where three bedrooms are located on the main floor, and the basement has a fourth bedroom, family room, bathroom and utility room. Additionally, the garage is also tucked in under the main floor. This particular plan is unusual as the front entry only has stairs going up to the main level. The second set of stairs located at the back of the home accesses the rear yard and basement. It is far more common to have only one set of stairs accessing both levels located just inside the front door.

One of Minto’s largest high ranch designs is the rambling Canterbury/Marlborough plan. This layout has five bedrooms, with three on the main level and two below. It also has a two-car garage in the basement that protrudes out in front with a deck over part of it, so it does not take up too much space on this level. The entry is located halfway between floors like most high-ranches, but has a unique solution to what sometimes can be a tight space; there is an added vestibule with closet bumped out, giving more room. 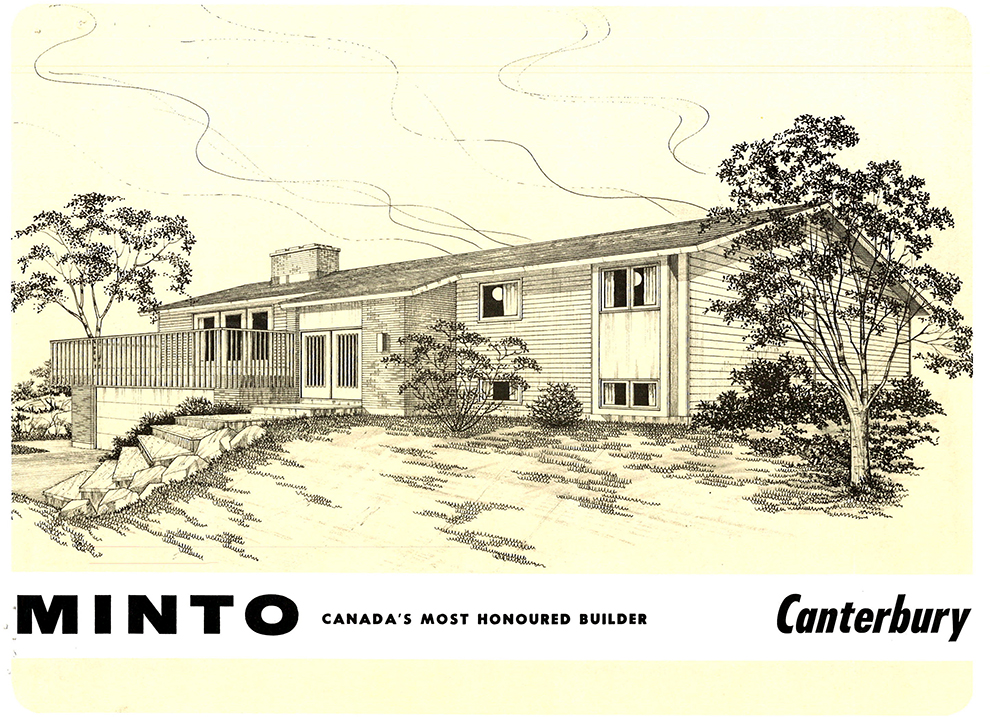 Bungalows, as well as high-ranches, became less popular in new construction in Ottawa by the end of the 1980s. Designs may have changed, but Minto is still committed to building beautiful homes for all of life’s stages. Explore the collection of Model Homes across Ottawa.